Use World Maritime Day to highlight the plight of seafarers 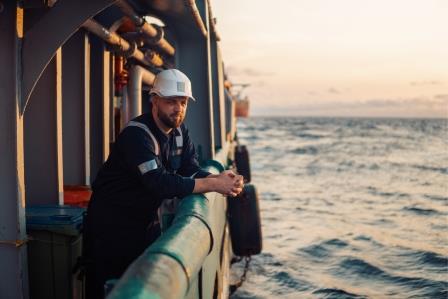 As the spotlight falls on the shipping industry on World Maritime Day (September 24), Danica is urging everyone to spare a thought for seafarers.

Henrik Jensen, Managing Director of Danica Crewing Specialists, says it is important to highlight the crucial role seafarers have played in supporting the global economy as the world battles to overcome the Covid-19 pandemic and to make their well-being a priority.

“Seafarers are a vital part of the maritime community. Without their willingness to go beyond the call of duty at this challenging time, global trade would have ground to a halt,” he points out. “Now is the time to acknowledge their sacrifice by ensuring they are recognised as essential workers and enabling much-needed crew changes to go ahead.”

Danica supplies mainly eastern European seafarers to the global fleet and is well-versed in the problems faced when attempting crew changes around the world. Mr Jensen observes: “Over the past six months we have moved heaven and earth to achieve many crew changes in a variety of ports. The challenges have been substantial: total bans on crew changes in some countries; difficulties obtaining visas; lack of flights; flight cancellations; problems in linking flight transfers; quarantine issues; and huge logistics challenges. I am pleased that we have now relieved nearly all our overdue crew – we are down to 10% now.”

However, Mr Jensen predicts further problems: “A new hurdle is looming on the horizon. We have changed a lot of crew over the summer months (June/July/August) and these seafarers will need to get off again in November/December/January. Will we be able to do that in due time or will we still be hindered by all kind of restrictions?”

Crew welfare is being impacted too, he advises, citing examples of seafarers with medical issues being unable to disembark due to port and travel restrictions. For example, a Danica seafarer has been in pain and unable to sleep due to a serious dental problem which a doctor has advised needs treatment, but has not been able to disembark now for many months. “He can’t go ashore to the dentist and he can’t sign off as he is not at the end of his contractual tenure nor is the dental problem considered life threating,” Mr Jensen explains.

He concludes that crew scheduling will not return to normal until next spring: “Due to Covid-19 and delays in repatriating crew, the entire crew planning system is destroyed and crew rotation patterns are all over the place. This need to be re-established and it will take well into 2021 before this is achievable.”

Mr Jensen’s words echo those of IMO Secretary-General Kitack Lim who has spoken of shipping’s role at the heart of global economic recovery. Highlighting World Maritime Day, Mr Lim said: “In these challenging times the ability of shipping services to deliver essential goods, include medical supplies, food and fuel, is central to responding to and overcoming this crisis.”

The IMO is concerned that the crew-change crisis has rapidly unfolded into an urgent humanitarian, safety and economic crisis. “Growing concerns of seafarer fatigue and mental health issues, combined with instances of denial of medical care, not only highlight the critical humanitarian dimension, but also pose an increasing risk to navigation safety, threatening both human life and environmental ecosystems,” it has said.