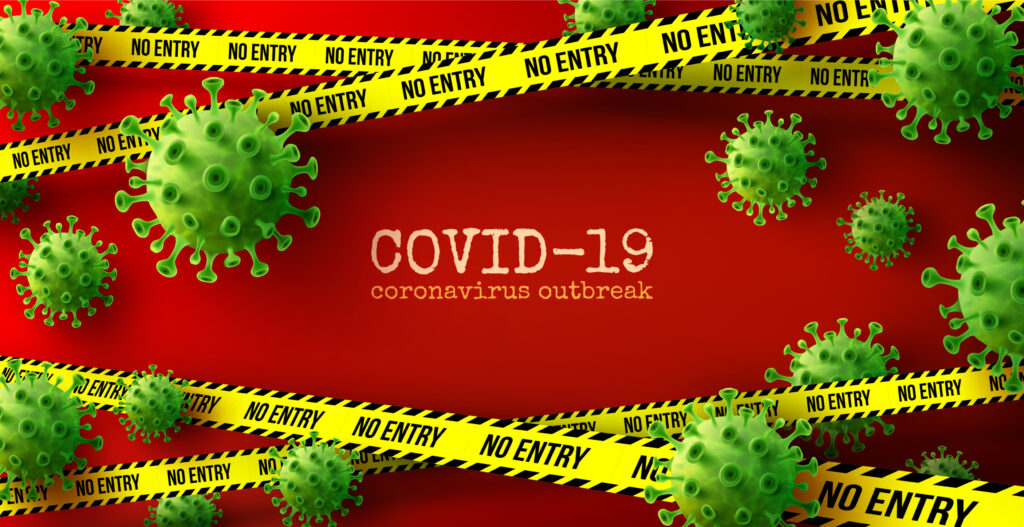 We see with sadness that our January prediction has become reality and crew logistics are again facing serious challenges.

Whilst the situation in the EU and the US is easing as societies there return to something approaching normal life, thanks to the effect of vaccination programs, other countries, including some of the major seafaring nations in the world, continue to severely struggle with the virus.

P&I clubs are reporting not only single cases of Covid-19 infections among seafarers, but entire ships crews being taken seriously ill, causing huge perils to the individuals and the safety of the vessels. A ship, being an isolated bubble, should be a relatively safe place to be, but our captains are reporting increasing incidents of shore personnel ignoring the precautions, even officials, and thereby exposing crew members to unnecessary risks.

Countries, including those with major ports, are again imposing travel restrictions and precautions while also claiming that their ports continue to be open for crew changes. However, in many cases the strict regulations under which crew changes are allowed to take place makes crew changes practically impossible, thereby posing huge challenges to crewing departments.

One example is Singapore where crew now have to stay isolated for 21 days prior to travel. Although seafarers are allowed to undertake this isolation at home, if there are other persons in the household then the employer must ensure that the crew member has a room with a toilet of her/his own for self-isolation purposes. The regulations state: “If this is not achievable, the company should find an appropriate isolation facility for the crew during this period”. Only a few crew members have large enough private accommodation to enable this and these are not usually the lower rank seafarers with only a three digit monthly income.

This leaves shipping companies with no other option then sending their crew to quarantine hotels which, aside from the cost, is a huge inconvenience for the embarking seafarers. One wonders if there is any data available showing how many of the transiting seafarers from airport to ships and vice versa actually transmitted the infection to local citizens in Singapore to justify such strict precautions?

At least Singapore is endeavouring to keep a small window open for crew changes – other countries have just shut the door. In the Philippines shipping companies and crew managers are facing problems caused by the heavy limitations on the number of arriving passengers by air per day. This means limited flights and seats making it nearly impossible to repatriate Filipino seafarers and, when we are lucky to get a seat, then it is at triple the usual airfare cost!

As the frequency of flights to the Philippines is limited it is also difficult to have Filipino seafarers leaving for embarkation. This, in combination with the unfortunate situation in India preventing Indian seafarers from travelling out, has made shipping companies to turn to Eastern Europe for sourcing relievers for their long overdue crews onboard.

The employment market in Eastern Europe is now flooded with job offerings causing a shortage of labour. In Danica’s offices we have all hands on deck to assist our clients with replacements for their Indian and Filipino seafarers. Fortunately thanks to our large teams of office staff and experienced recruiters, combined with our good reputation among seafarers, we are able to cope even in an unprecedentedly hot employment market.

Russia was the first country in the world to make vaccines generally available to their seafarers and Danica’s seafarers benefited from this. Only now, months later, have other countries in the EU and the US proudly announced that seafarers are key workers who have the right to be vaccinated. And in many of the countries which say they will vaccinate seafarers that will take place under their regular regime not as a priority.

Ukraine was not able to secure the Western-made vaccines in due time and ordered vaccines made in India. Unfortunately delivery of these vaccines is now delayed because India has blocked the export to enable domestic use of the doses. The positive side here is that the number of Covid-19 infections in Ukraine is relatively low thanks to a long and effective lock-down which was only recently lifted. We also only see about 1% of our joining seafarers testing positive at pre-joining PCR-tests.

Hopefully the precautions and lock-downs imposed around the world will put the pandemic under control, and the manning situation will improve in the months to come. However, we must be prepared that, for a long time ahead – most probably until vaccines are widely available in all countries, we will continue to have hot spots and new waves of the infection. It is a situation we need to plan for.