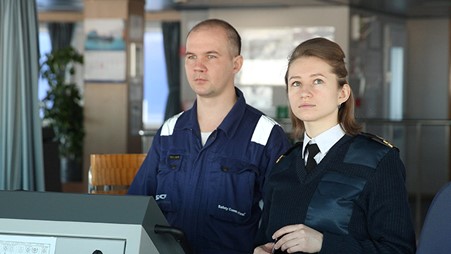 As a specialist supplier of crew from eastern Europe and former Soviet states, Danica is regularly asked for our opinion on issues within these regions. In this article, published by Lloyd’s List, our MD Henrik Jensen comments on the current conflict between Russia and Ukraine:

While Ukraine has complained that Russia has blocked parts of the Black Sea and Sea of Azov under the pretext of naval exercises, seafarers from both sides are said to be not panicking about the prospect of conflict.

Danica Crewing Services managing director Henrik Jensen employs about 1,800 crew, of whom about 80% are either Russian or Ukrainian. He says they are increasingly in demand as pandemic-related travel curbs restrict manpower supply from other nations such as the Philippines, adding there was no shortage of Russians or Ukrainians and almost no political conflict between them on board ships. “We had maybe one, two cases per year where somebody is arguing about nationalist things,” he said in an interview. “At the moment it is not really a concern.”

InterManager secretary-general Kuba Szymanski said there were general concerns about the threat of war, but seafarers were not panicking. “A lot of individuals I was talking to are saying that 2014 was much worse because they did not know what to expect,” he said.

While some shipping companies had contingency plans, such as to move their offices to Georgia, if war broke out, they did not see an invasion as certain.
Capt Szymanski said a recent spike in Omicron cases were a bigger concern — though there had been no Omicron deaths on board ships. This created friction between ships and ports as “panicking” port authorities imposed quarantines as part of pandemic-related precautions when crews tested positive. He said mistrust of the press and government was common in ex-communist countries, and this had contributed to vaccine hesitancy among some seafarers.

Ukraine’s Ministry of Foreign Affairs said in a statement that Russia has blocked parts of the Black Sea, Sea of Azov and Kerch Strait under the pretext of naval exercises. It called this part of Russia’s hybrid war against Ukraine and made navigation in both seas “virtually impossible”. “This is a significant and unjustified complication of international shipping, especially trade, which can cause complex economic and social consequences, especially for the ports of Ukraine,” the statement said. “This is a manifestation of open disregard for the norms and principles of international law, including the UN Charter, UN General Assembly resolutions and the UN Convention on the Law of the Sea.”

Ukraine’s government has regularly complained of maritime harassment by Russia in the region since Russia annexed Crimea territory in 2014.
© Lloyd’s List 11 Feb 2022. By Declan Bush